The company was founded in 1945 by local interests to purchase the line from a predecessor of Norfolk Southern. 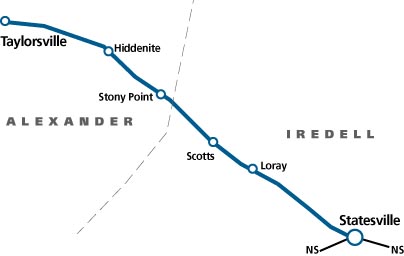 The Alexander has a connection with Norfolk Southern at Statesville with daily interchange.