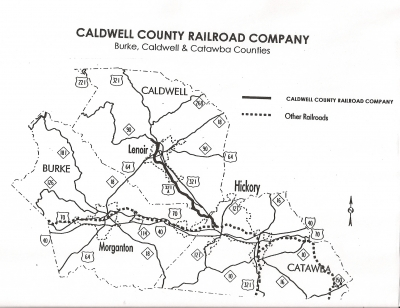 Principal shippers are: Sealed Air Corporation of Hudson & Lenoir and Pactiv of Granite Falls – both manufacturers of protective packaging materials; and Shurtape Technologies Inc. of Hudson – manufacturer of packaging tape.

Available along the railway are many industrial sites, some with existing structures and rail spurs in place, close to U.S. highways 321 and I-40.

The Caldwell County Railroad connects with Norfolk Southern at Hickory.